GGG returns to the Galloping Goose for SKAMpede 2015 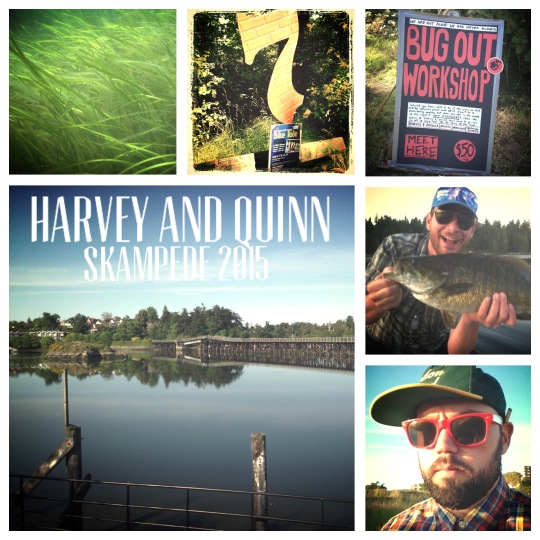 Created and performed by Brad L’Écuyer and R.J. Peters

Antonia may have moved to Vancouver, but Harvey is back on the Galloping Goose with a new workshop presentation following the success of their Bug Out Zombie workshops in 2013. Harvey and their friend Quinn are on the trail to detail some of the many environmental challenges facing the Gorge Waterway – when you have industrial waste and abandoned boats full of squatters the endangered eel grass doesn’t stand a chance. But when Quinn pulls up in a boat instead of their new tour van and the epic summer conservation tour turns out not to be as epic as Harvey was expecting, their friendship and summer tour may be in jeopardy.

RJ Peters and Brad L’Écuyer have been classmates, friends, roommates, collaborators and colleagues for the last fifteen years. RJ is a co-founder of Gotta Getta Gimmick and has worked as an actor, designer and director for companies including the Belfry, Chemainus Theatre Festival, BBRT, Kaleidoscope, Talk Is Free Theatre, Gateway Theatre and CCPA. Brad is the current Artistic Director of GGG and has worked as an actor, musician, music director and composer with companies including the Shaw Festival, The Belfry, Theatre SKAM, Chemainus Theatre Festival, The Arts Club, CCPA and Pacific Opera Victoria. Harvey and Quinn is inspired by GGG’s 2013 Bike Ride show Harvey and Antonia, written and performed by Brad and GGG Artistic Associate Sarah Carlé.