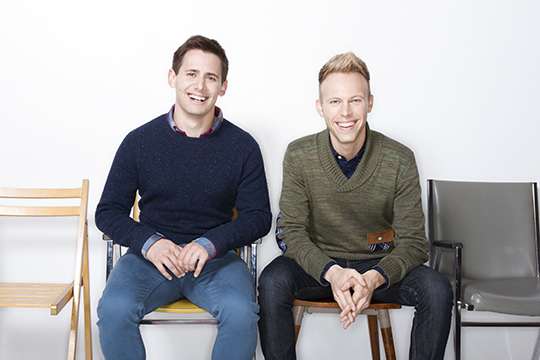 Tickets: $20 available through the Langham Court Box Office when released

These two remarkable young men are the Tony, Academy and Golden Globe-winning songwriting team behind the Broadway musicals Dear Evan Hansen and A Christmas Story – The Musical as well as the Off-Broadway musical Dogfight, a rollicking musical version of James and the Giant Peach and their breakout song cycle, Edges. Film and television credits include lyrics for Justin Hurwitz’ La La Land score and songs for Dreamworks’ Trolls, NBC’s Smash, Sesame Street, The Flash and Johnny and the Sprites. Pasek & Paul have been called “the future of the American musical” and “the heirs to Rodgers and Hammerstein” with influences from Stephen Schwartz, Ahrens and Flaherty, Stephen Sondheim, Frank Loesser and the Sherman Brothers to Taylor Swift, John Mayer, Stevie Wonder, Billy Joel and Elton John.

Join us for a celebration of Pasek and Paul’s music and lyrics featuring a company of Victoria’s best musical theatre performers belting out these amazing songs. Contemporary, edgy, joyous and haunting.  This is a GGG cabaret not to be missed.

After the show, join us in the Langham Lounge for drinks, holiday cheer and Jump Ups with Jim Hill! Now it’s your turn to sing – bring your sheet music and belt one out with Jim or sit back and enjoy the music and visiting with friends old and new.

I first fell in love with the work of Pasek and Paul when I discovered A Christmas Story – The Musical. I was lucky enough to music direct the very first amateur production of this show for our own Victoria Operatic Society – complete with a fourteen-piece orchestra! Benj Pasek and Justin Paul were in Vancouver doing workshops during our opening week and I lived in fear and excitement that one performance, these two handsome young men would come walking down the McPherson Playhouse aisle to the pit!  – BL