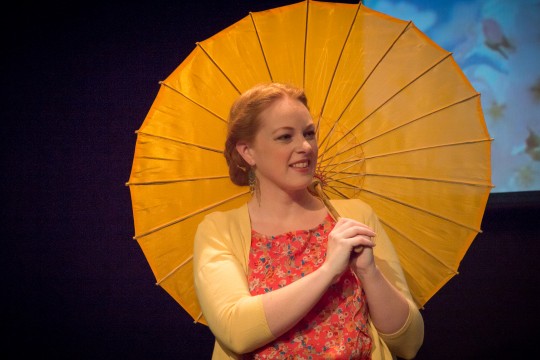 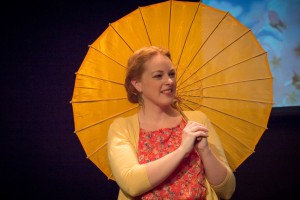 Long-time songwriting teams seem to have become a rarity in today’s musical theatre, but since bursting onto the New York musical theatre scene in 1988 with Lucky Stiff, Stephen Flaherty and Lynn Ahrens have become a go to creative team for new musicals – all of them incredibly exuberant and remarkably diverse.

GGG’s chorus|line|cabaret 12 features songs and scenes from some of our favorite modern musicals including the breath-taking Ragtime – for which Flaherty and Ahrens won the Tony Award for Best Score and the Drama Desk Award for Best Musical and Best Score. The musicals of Flaherty and Ahren take us from the behind the scenes television world of the 1950’s King Comedy Cavalcade to Dr. Seuss’ jungle of Nool – from turn-of-the-century New York City to 1960’s Dublin.  After their first collaboration (Lucky Stiff) at the BMI Workshop, the team then reached Broadway with the long-running hit Once On This Island.  They have turned several films into Broadway musicals including My Favorite Year, A Man of No Importance, and Rocky; musicalized the world of Dr. Seuss in Seussical (now one of America’s most produced musicals) and, of course, the epic Ragtime based on E.L. Doctorow’s novel.  GGG’s chorus|line|cabaret 12 will feature highlights from Ragtime, showstopping numbers from Lucky Stiff, Once On This Island, My Favorite Year, Seussical and Rocky, as well as a special look at their beautiful musical, written with Tony Award winning playwright Terrence McNally, A Man of No Importance.
Act 2 of the cabaret kicks the party into high gear! Beginning with a rousing Sing-a-Long, the evening becomes a casual New York style Cabaret – bring your favorite party pieces, scores and sheet music, or find a duet partner and jump up, play musical theatre games including the infamous “Diva Tag”, or just tap your toes and sing along. Compete for prizes, relax and listen to the music, have a drink and meet new people. You’ll leave the Cabaret humming a show tune – a little more musical theatre savvy – hitch-kicking all the way home!

Produced by Gotta Getta Gimmick and curated by Brad L’Ecuyer

Photos by Peter Pokorny for GGG