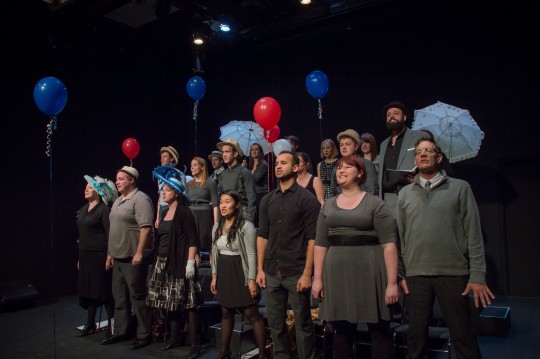 Gotta Getta Gimmick is back at the beautiful Belfry Theatre for the thirteenth installment in our chorus|line|cabaret series. We’re exploring the musicals of Charles Strouse – one of musical theaters’ busiest and perhaps unluckiest composers. Strouse wrote the music for Broadway classics Bye, Bye Birdie and Annie along with other big hits of the day including Applause, It’s A Bird, It’s A Plane, It’s Superman, All American and Golden Boy. But with an astonishing twenty musicals in a fifty-five year career, Strouse has been involved in some of Broadway’s most legendary flops including two sequels: Annie 2, Miss Hannigan’s Revenge (which was later rewritten to become Annie Warbucks) and Bring Back Birdie (which closed after 4 performances.)

Join our amazing cast of Victoria favorites for a journey through some of Broadway’s biggest hits and flops, together with music director Brad L’Écuyer and clc 13’s amazing coach, Shane Snow. Shane is a founding member of GGG and directed many of our first productions. A multi-talented theatre maker, Shane directed and choreographed Chemainus Theatre Festival’s mega hit Joseph and the Amazing Technicolor Dreamcoat as well as GGG’s M Award winning Songs for a New World, Ski Bum for Iron Mountain Theatre, And The World Goes Round (for which he won a Jessie Award) and choreographed Schwarz’s for Montreal’s Centaur Theatre. Shane spent most of 2014 performing in Mary Poppins at Theatre Calgary, Edmonton’s Citadel Theatre and the Arts Club in Vancouver.

Please join us for the best Monday night in town!

TICKETS are available through the Belfry Theatre Box Office:
In person, by phone at 250-385-6815 or online:

Act One features 19 of Victoria’s best singer/actors bringing some of these legendary musicals to life. These performers come together to continue honing their craft and to work with our industry-leading coaches. We’ve got amazing performers who’ve worked with the Shaw Festival, Belfry Theatre, Blue Bridge Repertory Theatre, Chemainus Theatre Festival, Kaleidoscope Theatre, Pacific Opera Victoria and VOS. 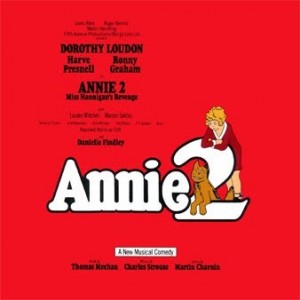 And that’s right – there’s an Annie 2. Two versions of the sequel to be exact: Annie 2, Miss Hannigan’s Revenge would eventually become Annie Warbucks. Strouse was also part of It’s A Bird, It’s A Plane, It’s Superman. Bet you didn’t know that there was a Superman musical, did ya? Or a sequel to mega-hit Bye, Bye Birdie. You never know what you might learn about these legendary shows and more at GGG’s clc 13: Charles Strouse. 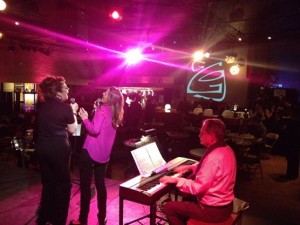 GGG’s legendary Act Two features the best musical theatre party east of NYC. Many have even referred to the event as “church for musical theatre lovers”! The Belfry’s Bar is open with wine, beer, coffee, tea and snacks. The incredible Jim Hill is at the piano.There are sing-alongs, prizes, Diva Tag, a 50/50 draw and our new favorite: musical madlibs. You can even bring along your sheet music and get up and share your party piece. Just remember, there’s only one rule: All musical theatre, only musical theatre.